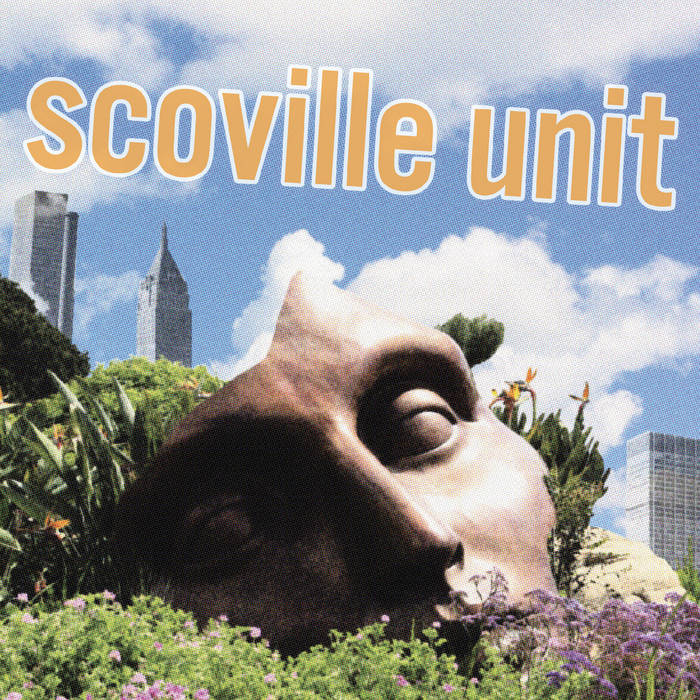 The brainchild of singer/guitarist Gandhar Savur, the songs of Scoville Unit were largely written alone – minus the two cover versions – and the recordings were brought to life by his band and the extended musical family that surrounds him, in typical Scoville Unit fashion. The configuration of the band changes a bit from album-to-album but it’s the same collective of people that go way back, and have developed serious roots together. That shared history comes through in the recordings as well as in the band’s explosive live performances.

Another person who largely influenced the writing of the record was Greg Gonzales of Cigarettes After Sex, who provided invaluable guidance and helped shape the album into what it eventually became. From the first song to literally the final touches of pre-production, Gonzales was along for the entire journey and helped Savur navigate the process of writing this album.

“This was a time when, outside of band members, nobody else really knew that I was spending every free moment writing an album,” Savur said. “It was basically a secret I was keeping until the thing was done. I leaned on Greg through that entire process, and I’m lucky because he is a brilliant songwriter, and our back-and-forths inspired me to push myself ever harder in writing, and work to create something meaningful.”

This album may have started as a secret, but now that secret is out. That’s a very good thing. Scoville Unit is not just an inspiring record in its own right but a testament to the power of this particular group of friends. They acted off of an urge to make the greatest album they could and, convening at that exact right moment, allowed lightning to strike. The result is a remarkable album that skillfully combines its past history with who they are now, and it deserves to be heard.

Whether it’s the jittery romanticism of infatuation-themed “Song Without A Name,” the rambunctious, anthemic melancholy of “Back Of My Mind,” or the delightfully fuzzy existential jangle of “Weight Of Misunderstanding,” there’s a purity to this new batch of songs – a rush of real emotion that’s buoyed by a youthful exuberance. Elsewhere, with the dingy CBGBs-esque punkness of “Stuck In,” the lighthearted teenage festival rock of “Sidewalk,” and the wistful, classic sincerity of album closer “Beach Song,” Scoville Unit manages to hit endless corners of youthful punk and indie-pop energy, but with a style that is mature, commanding, and distinctly their own.

“First and foremost, we made this record for ourselves,” Savur said of the entire process. “But if it resonates with a few music fans along the way, then our mission is accomplished.”

Bandcamp Daily  your guide to the world of Bandcamp